Giant alien-robots, laser beams, sci-fi, oh my! The Iron Giant has everything to capture the imaginations of young space fanatic viewers. But the movie also touches on darker themes older viewers will catch and appreciate. Themes of war time tension, nuclear weapons and death are sprinkled throughout the movie. These darker commentries  separates The Iron Giant to more than just an animated feature for the kiddies.

The Iron Giant is directed by Brad Bird, the writer behind Ratatouille (2007) and Up (2009) and was released in 1999. Most recently, Brad Bird is known for his work on the animated Incredibles 2. The movie features the voices of Eli Marienthal as the young Hogarth Hughes, Jennifer Aniston voicing Annie Hughes and Vin Diesel as the titular Iron Giant.

The Iron Giant won the BAFTA award for best feature film in 2000. Despite this award many believe, as do I, that with power houses like American Beauty, Toy Story 2 and The Matrix and others released that year, The Iron Giant flew under the radar of many movie goers that summer. And that’s where this article comes in.

The plot followed is similar to that of Steven Spielberg’s E.T.  Set in 1950s America, Nine-year-old Hogarth befriends an alien robot that crash lands from outer space and together they understand how earth and humanity function just a little more.

I want to point out how the setting of 1950s Americana works well here because it adds a feeling of technological nostalgia. With the space-race to the moon not too far away and satellites taking their maiden voyage during this time, a giant alien-robot may have been a great possibility minds of young boys and girls in 1950s America.

In the beginning Hogarth struggles to control the Iron Giant from trampling everything in sight. Eventually, news outlets begin to report of strange occurrences happening across town and the paranoid Government agent, Kent Mansely, joins the hunt for the perpetrator. Hogarth enlists the help of the outsider Dean McCoppin as they both try to hide and teach the Iron Giant.

The character of Kent Mansely can be seen to embody the fear and irrational of post Cold War America. He sees the Iron Giant as an evil outsider whom can not be trusted. Many American were at this time had similar anxieties to foreigners and people coming from outside the US. Through Kent the movie offers the audience a fear that is unjust and suggests a deep, deep breath.

One idea from the movie that caught my attention was the self-realization process the giant undergoes. The Iron Giant is barraged with cynicism from the townsfolk and the US government. Rather than retaliating with compete destruction and becoming the very monster everyone feared, the Iron Giant makes the decision to be a superman. Hogarth pleads with a deranged Iron Giant, “You are what you chose to be. You choose”.

Most of the Iron Giant’s character development, interestingly enough, comes from Hogarth’s comic books. This gives a type of validation to comic book as more than just a forgettable past time. The Iron Giant identifies with superman’s alien origins and strives to be as heroic as he is displayed on the pages. Younger viewers can relish in the idea that they too can find inspirations in everyday things like the pages in their comics.

Older viewers can find the commentary in The Iron Giant still very relevant in 2018. One scene has the giant in distraught as he witnesses a deer being shot down by a hunter. Later in the movie he himself transforms into a literal firearm in retaliation and protection from the government. The movie depicts firearms both as a means of protection and destruction; an argument that continues in 2018 society.

Movies like The Iron Giant use animation to its fullest potential. Superb visuals coupled with an impactful narrative is push what animated movies can accomplish today. I highly recommend this animated (and somewhat underappreciated) movie to both kids and adults. Perhaps it didn’t reach the heights of a classic in 1999 , but now in 2018 it can reach that classic status. Hogarth’s shenanigans with the giant will keep kids amazed while its war commentary will keep older audiences tuned in. 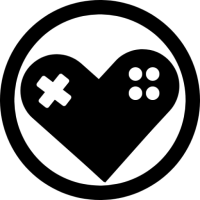